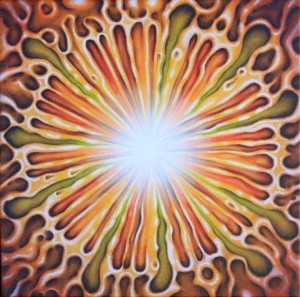 ‘We are sensing instruments of consciousness.’

Share from your own knowing is what one of my teachers told me. I can only know what is true for me here and now. The thing is, as the perspective of Self expands to include more and more of the whole of what we are, our knowing and ability to relate to another person’s experience also expands. In this way, our own knowing may now include what is also true for others. And even when that’s not true for us as well, relating to another’s personal pain, or acknowledging their spiritual journey with empathy and love, can serve to bridge the gap. We share this human journey together, including the joys and suffering. We also share the fact that what creates the experience of suffering is believing that we are separate somebodies, separate from each other, from life, and from the whole. On the other side of this experience of separation, we know the ultimate truth that all is One and that everything in existence springs out of emptiness, whatever one’s spiritual beliefs are. This knowing lies here, within me.

It’s not always in the foreground as a thought; in fact rarely, anymore. When the remembering occurred for me, the revelation of this truth was so astounding that it was often in the foreground, meaning that I was aware of it. During this time, the mind was learning how to investigate and relax all the ideas created when I had still believed in separation, and to melt away these beliefs. It was a natural process, which had its own intelligent functioning. I learned over time how much my body was also part of mind’s structure. I learned to track feelings held in the body and how to trust the intelligence inherent in the body as a storehouse of contracted experience. Impressions from the past were held there and made current by the re-examining of contracted feeling. Thought often seemed to be bypassed when my attention, or focus of awareness, would go straight to the feeling experience. Resting there and learning how to stay with it for as long as it took to allow whatever feelings were there to emerge and release became a daily occurrence. In fact, I learned how to function in my life, take care of the children, and do all the things that I needed to do, while the attention of natural intelligence sat wherever it was needed. Thoughts related to the past and its many stories were usually absent. I had already started learning to do this many years prior, when I studied yoga at 21. I intuitively knew then that this is where healing takes place, allowing space to be brought into contracted feeling in the body. Over the years it’s been a process of learning to trust this intelligence. I am learning to be current in the present moment with my experience as things arise, creating less need for the body to store unmet sensation. We are a sensing instrument of consciousness and when we allow feelings and thoughts to flow through us, as us, without the belief that the experience is separate from ourselves, the body has less need to be a storehouse for memory, which it will later need to re-examine.

Now, my experience is that any remaining need that intelligence may have to un-glue itself from believing that it’s separate from its world may occur spontaneously just as the living of the moment is occurring. Actually, it is seen that as the past belief structures become ever more seen into and dismantled, it is all happening in the present moment.

What is actually happening is that love returns back for itself, and whatever the mind believed in a moment of innocently misunderstanding that it is separate from its experience, will be a moment waiting ‘in time’ to be redelivered into wholeness. When we push a feeling or sensation away, it does not go away, it lodges itself as memory in the body, a memory created out of feeling separate from an experience. In this way, it once again becomes a present moment experience, which feels like it’s in the past when looked at through the mind’s eye. But, when the feeling gets re-visited, felt into, and made known as itself by the focused light of awareness (which illuminates where it is in darkness to itself), the feeling is once again made current, and allowed to return to the bosom of wholeness.

Most of us were not taught as children how to meet experience without turning away. Painful, uncomfortable sensations and feelings are most often related to as ‘bad’ versus being aspects of ourselves. Without the overlay of reaction and contraction to pain, we would not be storing these memories in our body/minds for later on, in need of care and attention. It seems to be a maturation of consciousness to know itself as the whole throughout the human system. The good news is that not everything that was unconsciously turned away throughout one’s life needs to revisited consciously. If that were to be the case, we would be unable to function during the ‘return’ phase to wholeness following awakening. In reality, integration seems to happen mostly in the background like a movie without the sound. At other times, one is fully cognizant that a big chunk of belief or identity is being seen-through (when we believe that we are separate somebodies, the stories that we tell ourselves about life create identity).

Our part to play in refreshening the system, the journey of returning back to wholeness in the body, is our willing cooperation and participation in this process when called forth by the natural intelligence. This is what is referred to as the embodiment process of awakening. When the ‘I’ is seen-through as a self- reflective thought created by the mind, which had been believed in, verbing itself into existence and thereby creating a continuous sense of a ‘me’ and a separate someone from the rest of life, what follows is a knowing that we are the whole, including the sense of a ‘me’. This sense is then known as the whole, and does not feel separate anymore. And it is a delightful thing to know your self as the whole while also having the experience of being a separate somebody with unique qualities, personality and emotions. An analogy may be one of a tree whose leaves each has a separate experience of itself while still knowingly part of the wholeness that is the tree. This is the aspect of us that participates in dismantling it’s own belief structures, making room for greater possibility. The lens of awakened consciousness has the capacity to narrow its focus down to a point, and becoming in the process, an ‘I’ thought (or a leaf thought in the above analogy), along with the experience of a separate sense of self. Consciousness also has the capacity to open its lens in ever wider increments in order to include more and more of itself, in this way knowing itself as the whole of existence. As consciousness narrows down its perception to a pin-point as it does with the ‘I’, it apparently has the capacity to have the experience of loosing itself there, in believing itself as truly separate; all the while, however, it is as wide as existence itself. Waking itself out of the dream of the ‘I’, once again, it knows itself as the whole, this time also while knowing itself as this separate ‘I’ sense. This is what is called resolving the paradox of duality. And embodiment is the process that ensues. 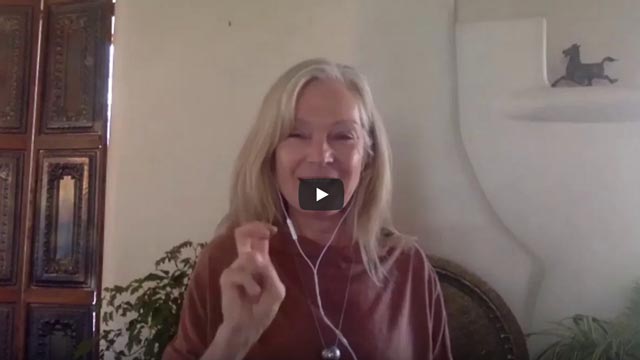 In this episode, Brian and Jonathan speak with Susanne about the experiences of unity and of “no self”. Includes a guided meditation from Susanne to help open your heart.