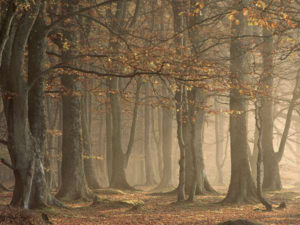 ‘Awakening is just the beginning.’

What is it called when the search is over? I call it remembering, because it was a remembering for me. Another way that I put it is: the resolution of the paradox. The paradox being that there was myself and everything else, and once that gap closed between the two and became once again (as I had known in childhood), One, then my world was whole again.

How maturity reveals itself in me is that over time the Oneness that is everything is also known as two in every conceivable way. That is what non-duality means. That there is only one, but that also two exists (two being everything else). As time goes on, understanding about the incredible depth of how this Oneness is really everything deepens. It is the confusion, it is the murderer, it is the sublime beauty of a rainbow, it is all imagination, and it is stillness, pure reality where everything arises, out of. It is the pain body, and the resolution within. As this knowing deepens in me, I am drawn ever deeper within to all the places inside which out of ignorance (meaning innocence) over time, made it self out to feel separate. This is an act of love. Love always returns for itself. Nothing is left behind. And when the return is done here, it continues to unite itself as others, because it is seen that there are no others.

The birth of consciousness (as us) and all things is a beautiful thing. And it all arises out of primordial being-ness. We can name it what ever we like. The stillness itself births itself and out of that everything arises. This seems to be a constant thing, as worlds and universes, thoughts, and all else continue to come into being. So, out of non-dual Oneness (stillness), arises the dual world that we see, touch, feel, and know ourselves as. We feel ourselves to be separate entities and in a sense we are (the paradox of duality), but we all arise out of the same stuff, what is the substrata of all existence. And while we live our lives we are the same stuff, and we return to the same stuff. It is only thought which differentiates itself. And even that is made from the same stuff.

When we remember what we are, what happens is that we take a backwards step away from the busyness of the mind which lives in time and which is always in motion, and we remember that we are actually the stuff that all this comes out of. Seeing this is a big relief and as it begins to filter down into our bodies, minds and life, it can bring with it an enormous amount of letting go. The maturation of that takes the rest of one’s life, as the resolution permeates all of life. In the end, nothing is seen as separate, it is all One thing, and we can begin to live our lives simply, however it shows up.

What I have noticed is that life does not have an agenda, or a point to it at least not in a way that our minds can conceive. With awakening mind actually plays a part in its own dismantling process, what it built up, gets to be taken back down, similar to the ocean reclaiming the sand from a sand castle made on the beach, returning the sand back to itself. One by one all my projections of how I believe life to be get to be seen through, and returned back to source, to the emptiness from which it emerged. This is still occurring to this day. One of the first beliefs to drop was hope. What I discovered is that hope is a refuge that the mind tries to evoke in order to help it deal with the unknown. The mind has such a strong need to feel safe and to help make sense of the world, that it gives it meaning. Religions and beliefs come out of that need. Imagination is the trademark of this mind’s ability. And it is a glorious thing. But imagination is just that, the ability of the mind to imagine itself into being. And the biggest magic trick of all is for it to believe in itself as separate from the rest of life. Wanting to then regain security for itself, as the experience is then one of fragmentation, it creates strategies in order to stabilize itself in its fabricated reality. One of the strategies that it creates is the desire to give meaning to our lives. This makes sense as it helps to give structure to something that is very mysterious and unknowable. We build platforms of beliefs, wanting to give context to a universe that is made of space, including our own bodies and minds. So, the mind creates through language structures, landing places within the emptiness of our very own selves. We hop from landing place to landing place faster than an eye blink, and this creates the continuous sense of a self that feels real. But these platforms are constructs of the mind, and they live in space. Language is a platform where we find rest, as are beliefs, worries, thoughts about the future, almost everything is. Perhaps only the immediate moment of sensation, all five senses can be seen as real as far as materiality is concerned. Even so, sensation is then filtered through our bodies (which is mind as well), interpreted by the brain, and translated immediately into information, which, is then categorized and placed into the contexts, which we know and perceive as ourselves.

There is no problem here, and in fact there is no particular reason to even question the reality of anything, as everything is in itself whole and undivided whether we know it or not, unless of course, doing so becomes for you as it did for me a primary interest and even a choiceless drive, driven by consciousness itself, as there really is no personal I seeing through itself. But there is the experience of an ‘I’ seeing through itself, and whether the truth is revealed in any given individual, I find just the fact that we are here with these bodies in such a diverse world to be a wonderful miracle! Even consciousness getting lost in itself and taking itself as a real separate entity, is a miracle. I am bringing this up only to show how tricky it can be to take that backward step out of the sticky mechanism of how mind works to that which is the sub-stratum of what we are, and pointing to the intelligence of mind in its need to protect and maintain the assertion of being separate and independent from existence. Prior to the weavings of the mind and consciousness getting glued to what it perceives, lies the unconditioned.

The self-reflective capacity of the mind (mind can think about itself and reflect on its experience) creates the sense called ‘I’. The ‘I’ is experienced in the mind as a verb, as it is felt to be always in motion, which creates a seamless feeling that we as a separate somebody really exist, jumping from a thought created platform to thought platform made from and located in space, creating a continuous sense of itself in the process. It is an innocent thing. It is just what minds do, how they are wired. There is no sense seeing it as a mistake or as ‘ego’. The ego is a label given by mind and agreed upon collectively describing the experience of having the continuous separate sense of an ‘I’, and the layers of belief which ensue. That is also the mind creating a fabricated sense of itself by giving itself a job making it feel ever more solid and real (especially when it is on to itself as being unreal, and gaps begin to appear in its constructed sense of self): ‘now I will destroy and track down that ego! I now have another job, I am such a worthless person having this sense of ‘I’”. How can something unreal ever feel worthy? Do you see how tricky the mind is, always creating, weaving stuff out of nothingness? Where the problem lies is in believing oneself as all that content. Having a sense of self is an amazing experience, as we get to have the experience of being individuals with our very own worlds going on. It can also be a painful thing, because as you know, when we believe in the story of ‘I’ as separate, we suffer, that is because it is a false fabrication. Whatever is false does not feel true and thus cannot be held together without pain. Telling oneself such an extravagant lie takes its toll. We end up becoming unsatisfied in all areas of our lives with all the ways we try to hide this truth. The light of truth, the fact that all is One thing eventually reveals falseness. All things that appear eventually return to source, it is a universal law.

The sense of self does not disappear entirely with realization, it is realized to be a functioning of mind and an aspect of nature (which we are), as it is what helps us to distinguish our needs and experience from one another. Happily the painfulness of the experience of having a self lifts, and the shift of perception from the identification of a separate ‘I’ to one of being the All, allows for the wonder and mystery of it all to emerge. It is the felt sense of a being an ‘I’ in the midst of being all of existence simultaneously! It is understood to be a thin layer of experience overlaying and arising out of the vast emptiness that we are in truth, becoming all one thing, one intragral whole which is God, the Self, Spirit, Is’ ness or whatever it is you wish to use as a name.